Busy Barend from OrganicBmx on Vimeo.

yeah so there you go – something to watch. i recommend signing up to vimeo and downloading the original file even if you delete it after – the quality is so much better. will put up a video of home trails action over easter next week some time when vimeo re-sets itself.

message from on high:

if you dorset permanent faggots haven’t even been to the trails since the rain then you’ve going the right way to getting banned. stop being such useless lazy bastards and actually put some work in. those trails don’t grow on themselves. you need to go up the trails, pack all loose shit in, tidy all bad stuff away, tarp if they are damp, water then tarp if they are too dry, finished the two fricking jumps that still are not built and have been waiting for rain, repair any storm damage before it gets any worse, etc fucking etc…

basically it don’t matter if someone concreted over a carpark; its no reason to turn into pro-hoe-park-loosers. its almost may and there is so much to be done yet. so get yourselves up the trails [mark included] and sort that shit out. you are perfectly happy to ride them without me so fucking dig them!!!!!!!!!!!!!

also: short video from barend a while back when i export and upload it.

Me and charles have been spending some time down at little fairfeild during the school hours, when you can actually get a run in.

Tuesday we were join by ollie and the bournemouth crew,

Ashley charles was flowing all over the park. 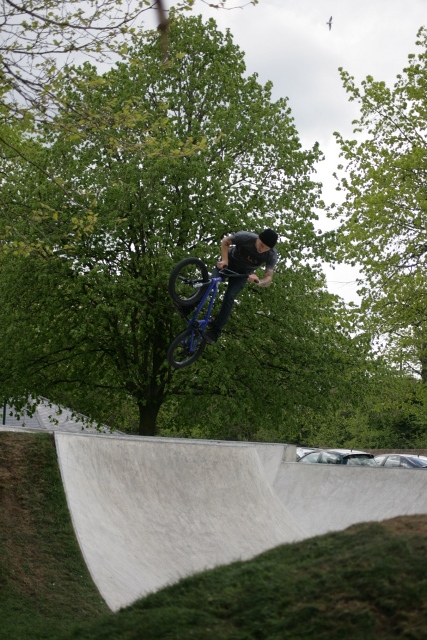 The hip into the bowl has had some shapes thrown over it. 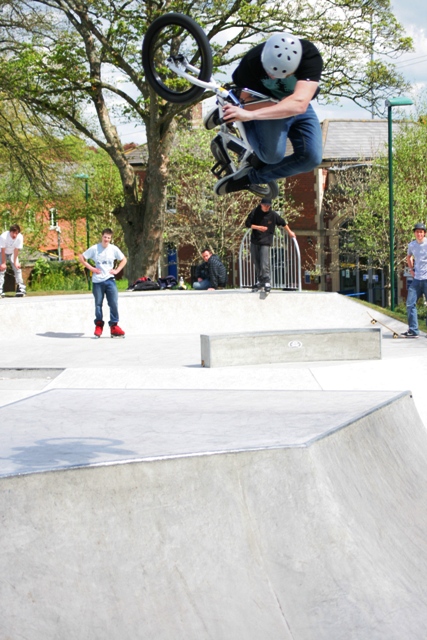 Today, again me and charlie went down and rode, made some pretty tasty sandwhiches without cutlery only a student card and some cardboard, Beautiful.

Luke merchant came down for a Ride, Throwing up some tables of the hip 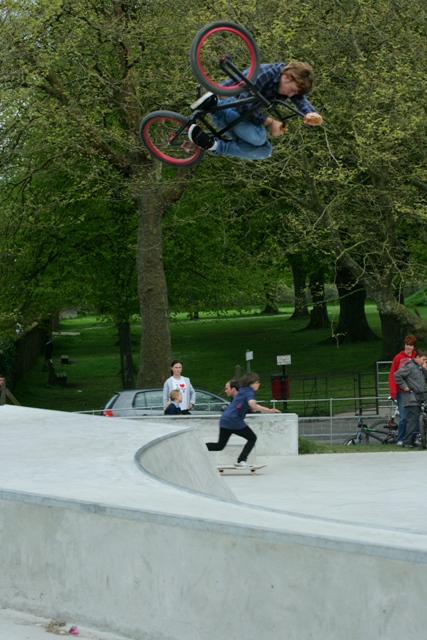 Hoping that the recent down pours on monday haven’t washed away the trails. 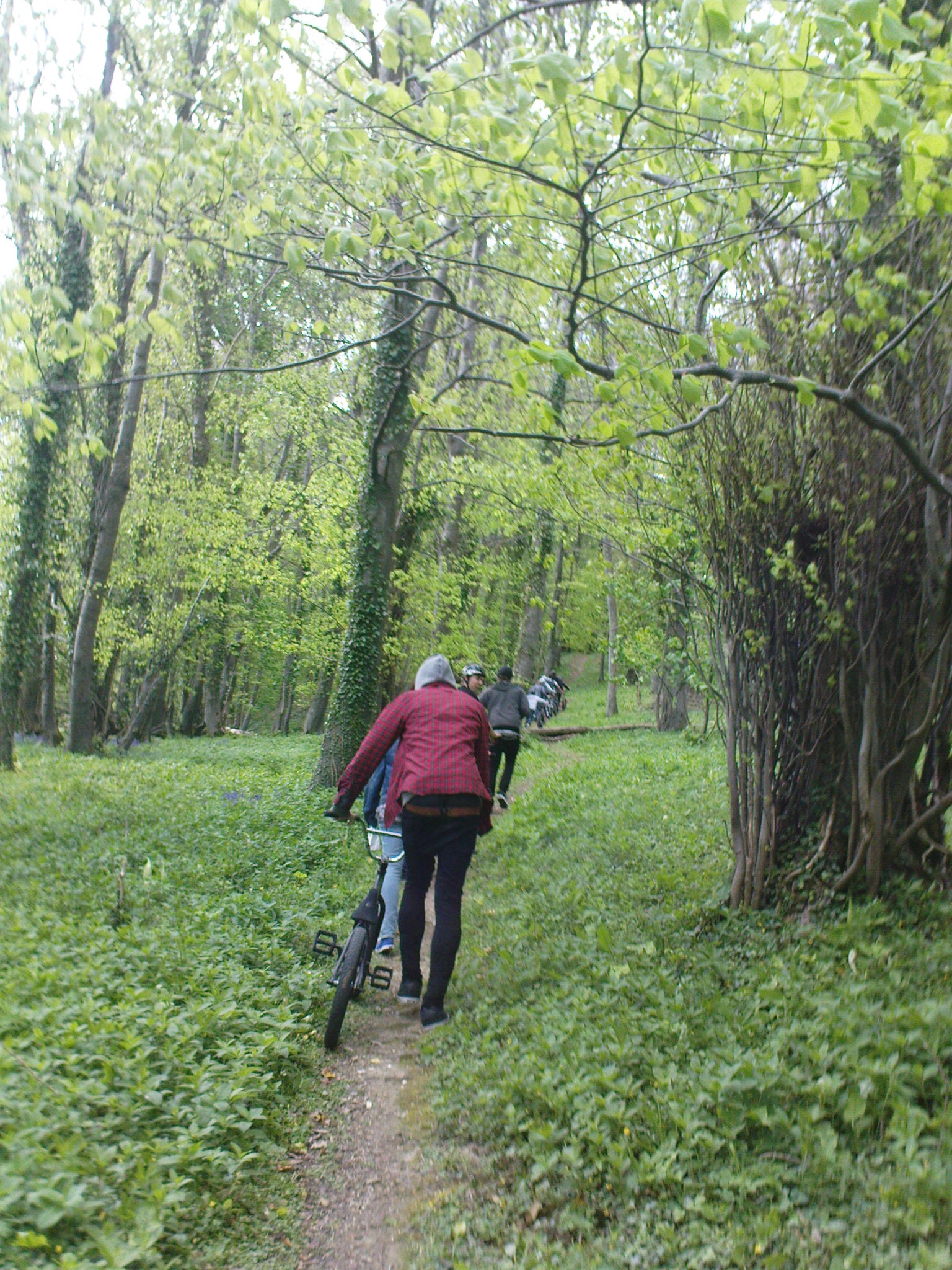 I went to the Cider festival in powerstock on friday night. Pay £5, you get a cup and 5 tokens, then run into a small hall and nail them proper ciders. Loose.

Dorchester skatepark (our local) opening went down on saturday which was kinda fun. After the PRO SESSION, we crewed downd to pats

took a few pictures with my glasses lens bodged filter thing, which is why some of the photos have a weird tint on them. 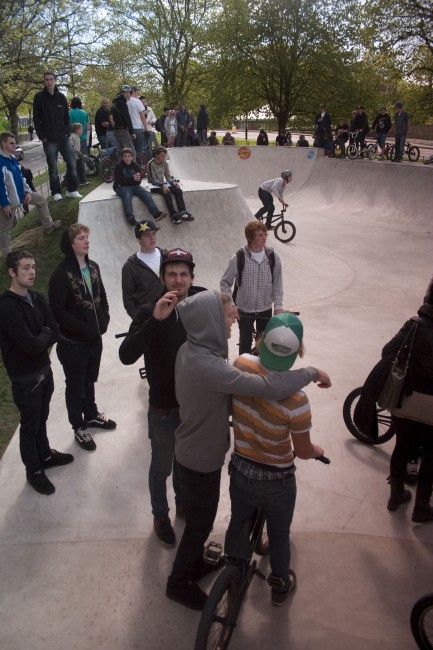 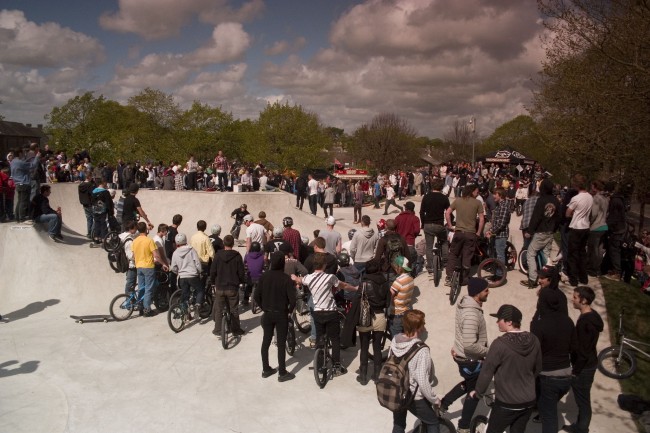 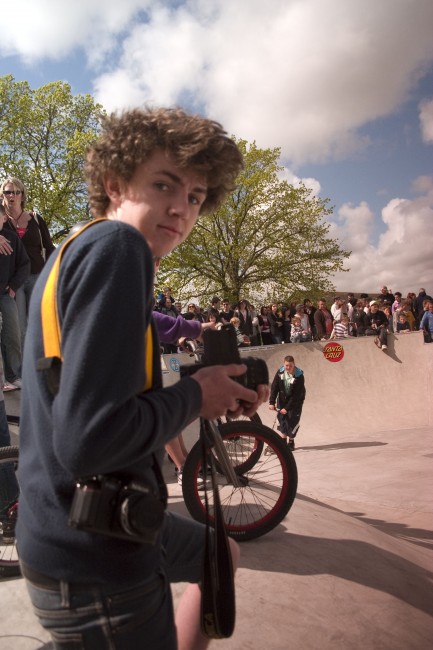 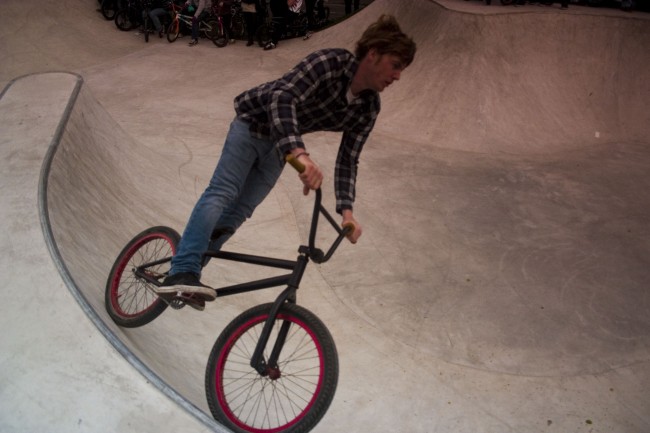 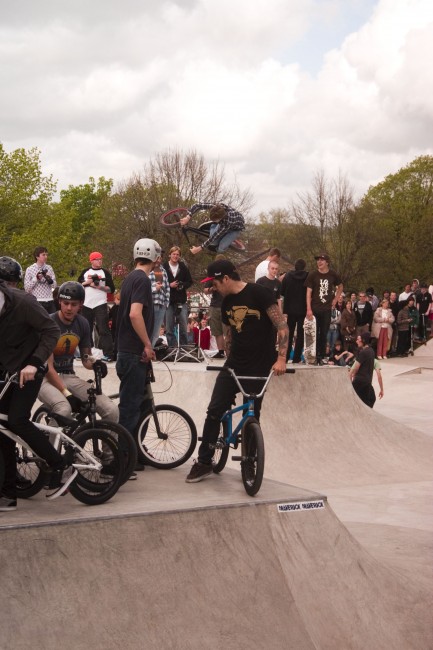 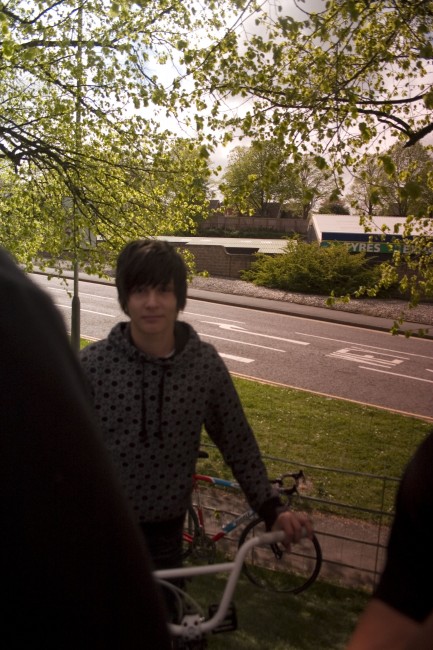 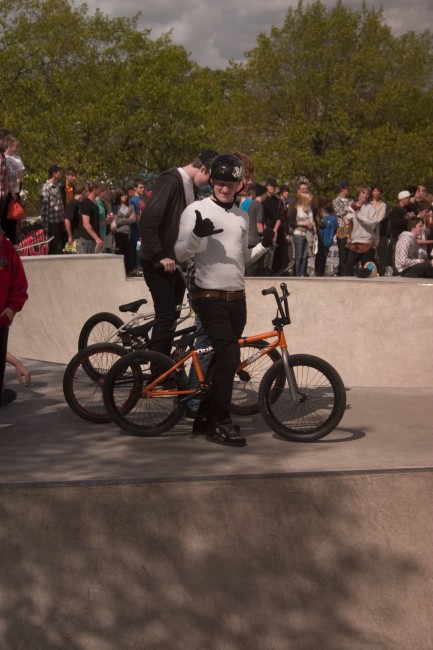 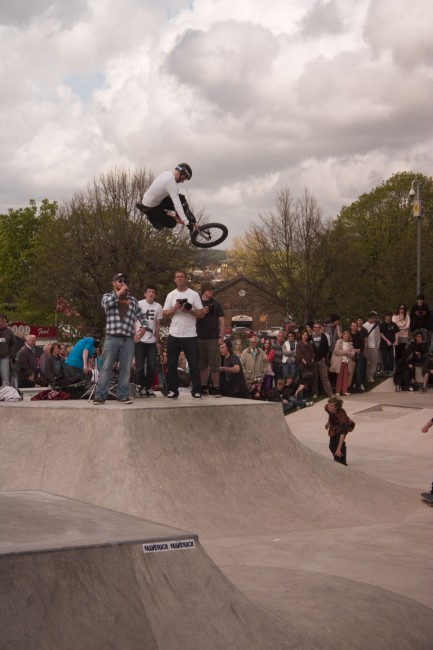 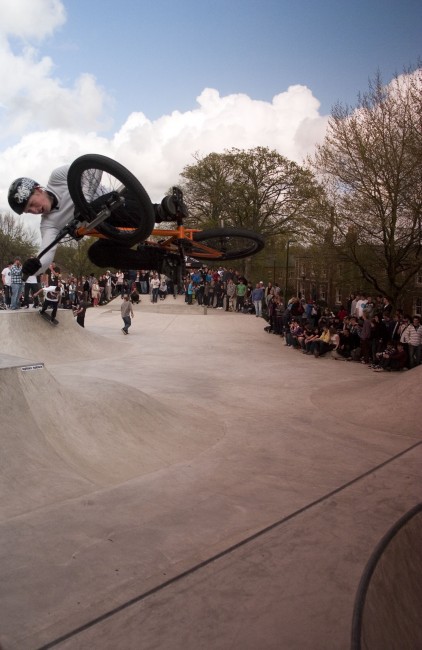 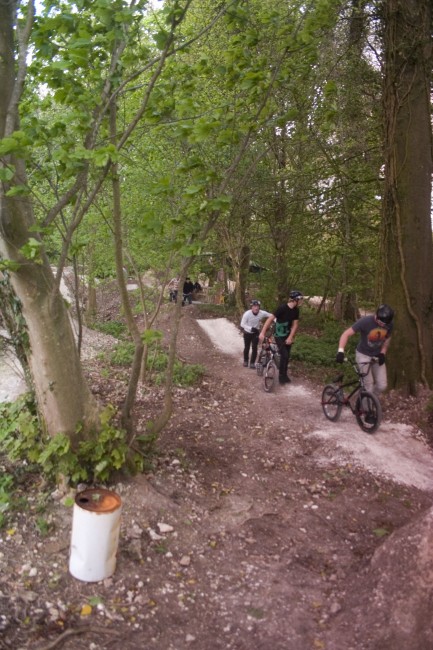 new line getting ridden in a little. the whole place will be a lot better off after this rain. 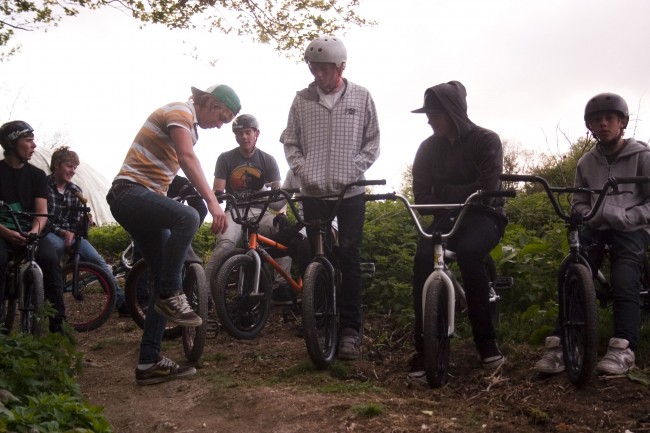 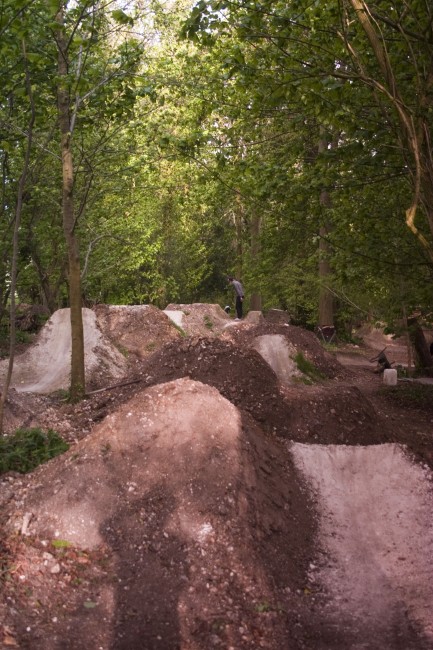 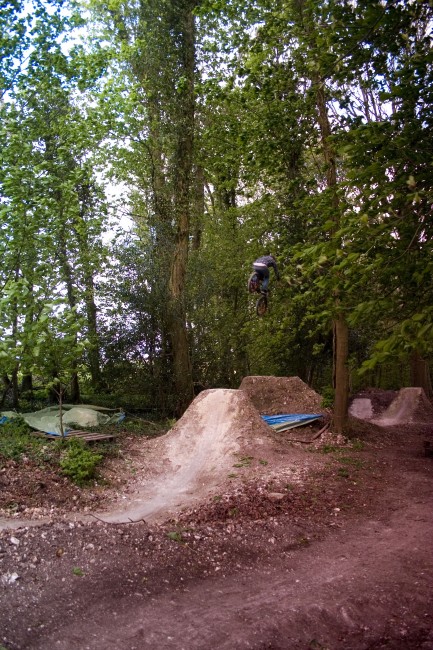 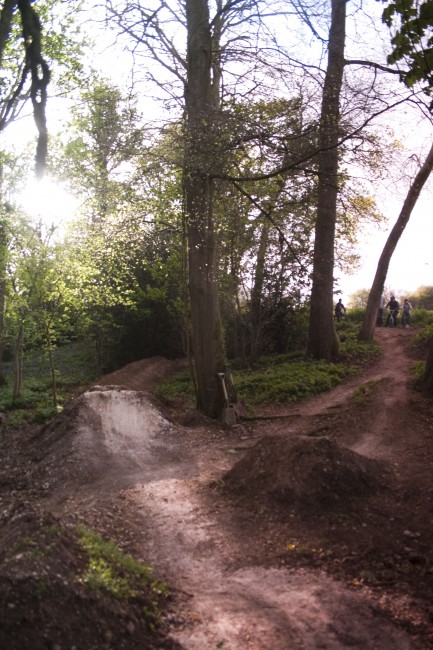 lovely. so it was a treat to see a bunch of pretty amazing bmxists come have fun at the trails, and its still not quite sunk in that we have such a sick new skatepark!

winmill is on his way down to france as we speak. laptop by his side plugged streight into the car stereo. hours and hours worth of carni trance and dnb awaits. see you soon al , take care yo. maybe we can get another one of these done soon !

patrick i hope your train home was ok. for everyone who doesnt know, patrick (paddy, pat, patch, paddypeewee, p, founder and owner of organic bmx) lives in london most of the time and has to come back on the train (3 hour journey) everytime he wants to ride his trails. comitment ey !

sorry for being so long, i wont post for another year.

how to make tea when you forget a cup 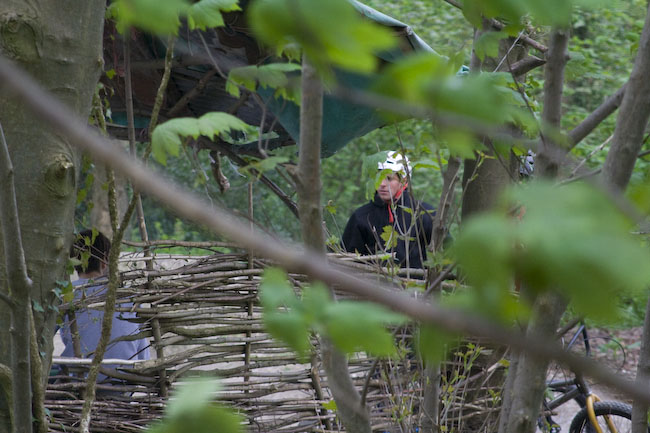 yeah so the woods are now green and most the leaves are out. feels like working pretty well for a good trails summer. It is always bad when the trails are mad damp and the leaves come out and lock that damp in. this year they are very dry, really too dry but its is at least better that way. 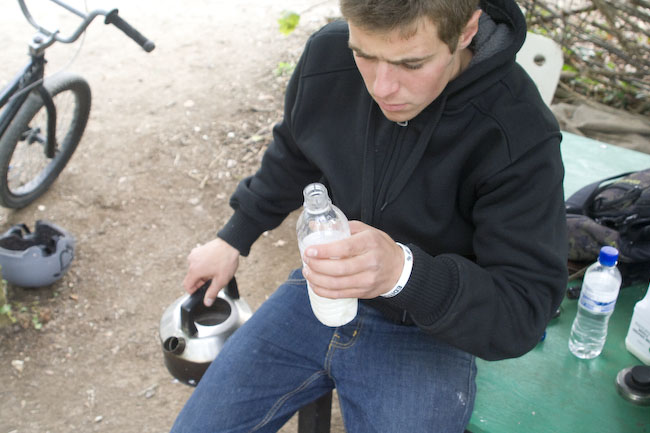 so this is how you make tea without a cup. 1: get the milk and a tea bag in a water bottle. 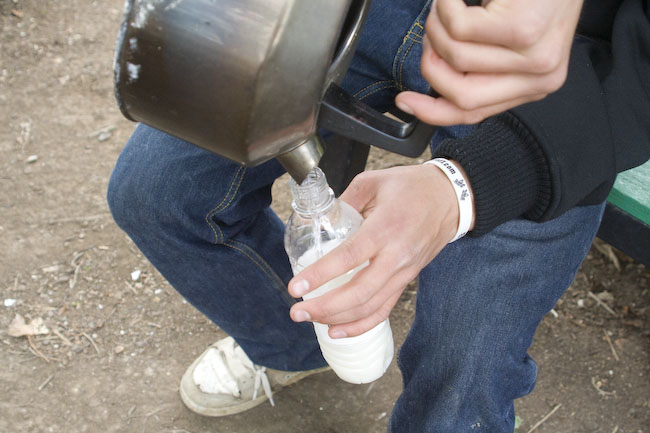 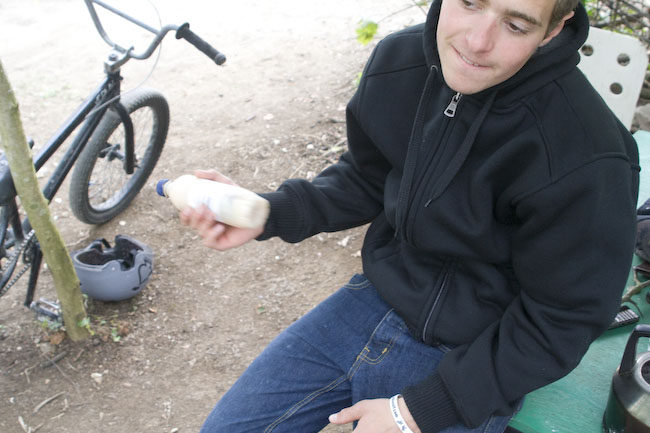 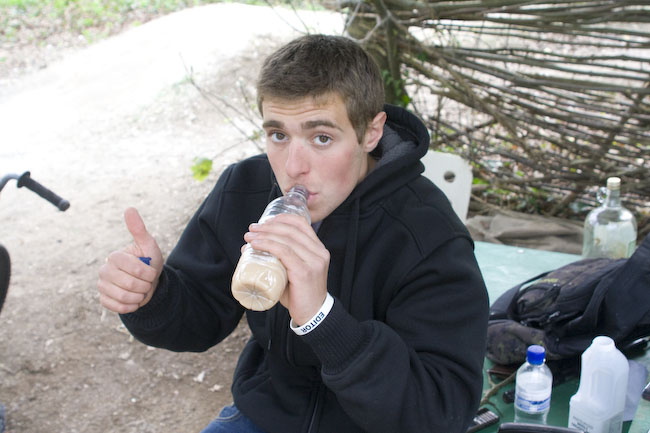 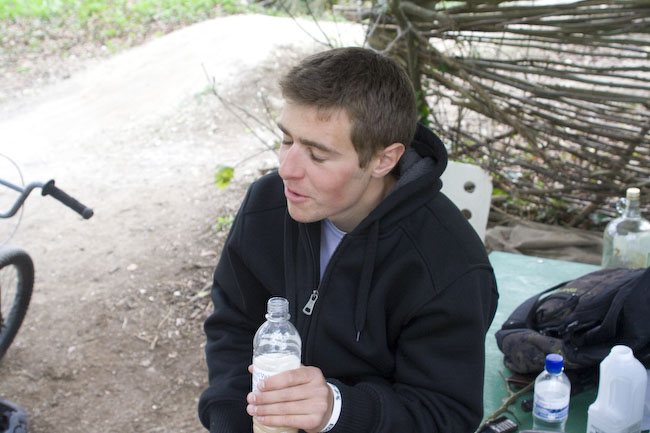 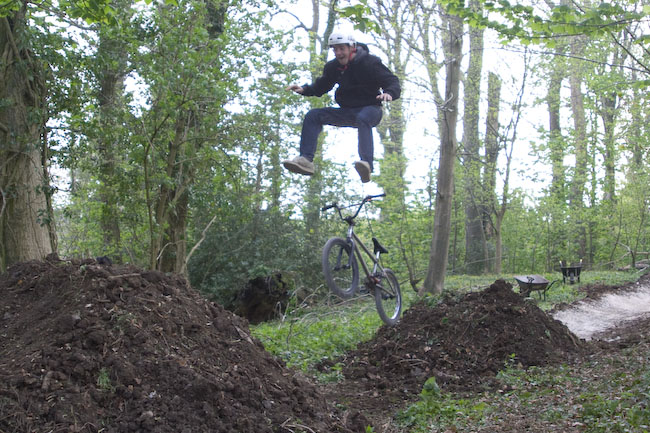 I really should edit the video footage. Then you can see all this new stuff proper and how the big line is now working. Trails are running well now and the spot finally feels like a proper trails spot. but the jumps are still kinda ugly! wud up with that? cothill looks so amazing in the latest amazing LITW video so go watch that.