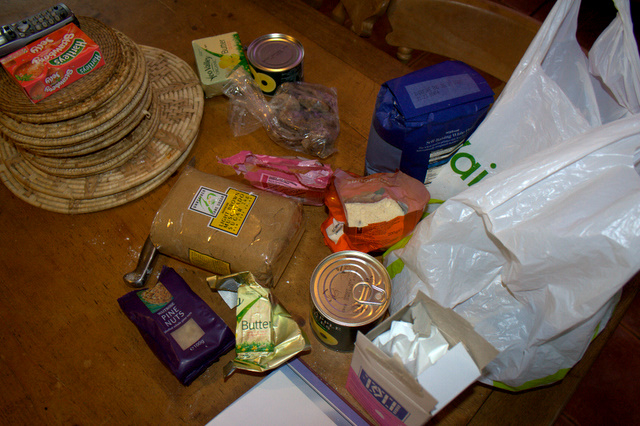 we spent lots of money at the supermarket. 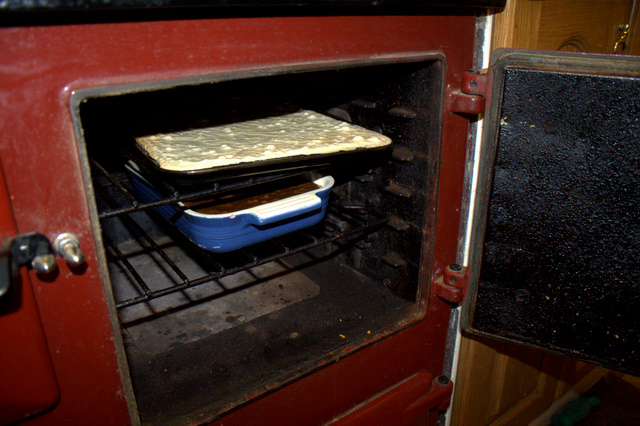 but we make lots of food at maxes. 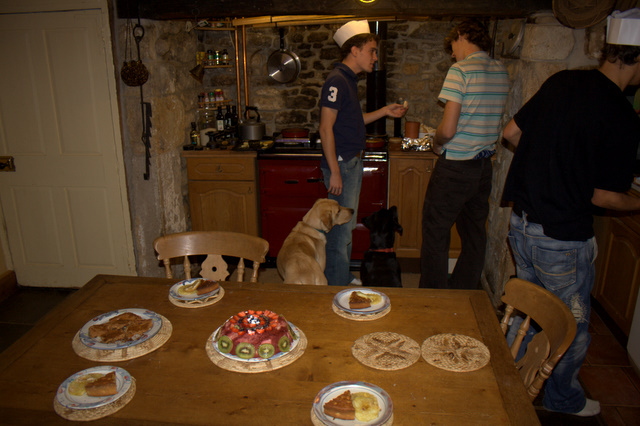 it was taken serious. separate courses per contender. presentation marked out of 5. taste out of 10. a mid meal break. 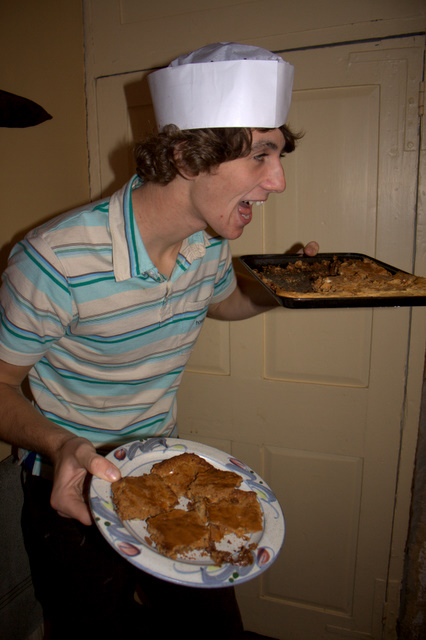 max came last with shitmix brownies. everything and anything were in them. including an entire cup measure of olive oil. they were atually pretty good. 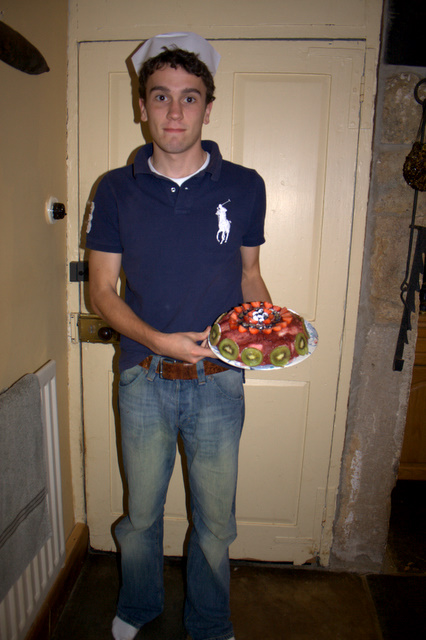 moller got on the podium with a summer fruits pudding that was worse than maexs brownies. but the scores are the scores. 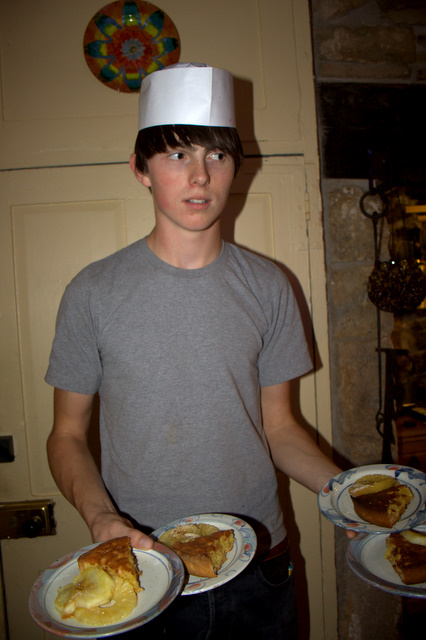 i came second with a pine nut and honey torte with caramelised apple and pineapple rings. posh as. 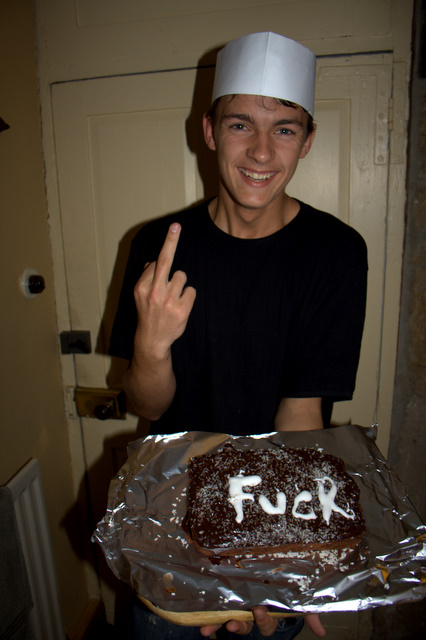 and julien the french man won with a coconut and chocolate fuck cake. he is just taking the piss. he can write rude words on his food, swear at the photographer and still his food culture shines through.